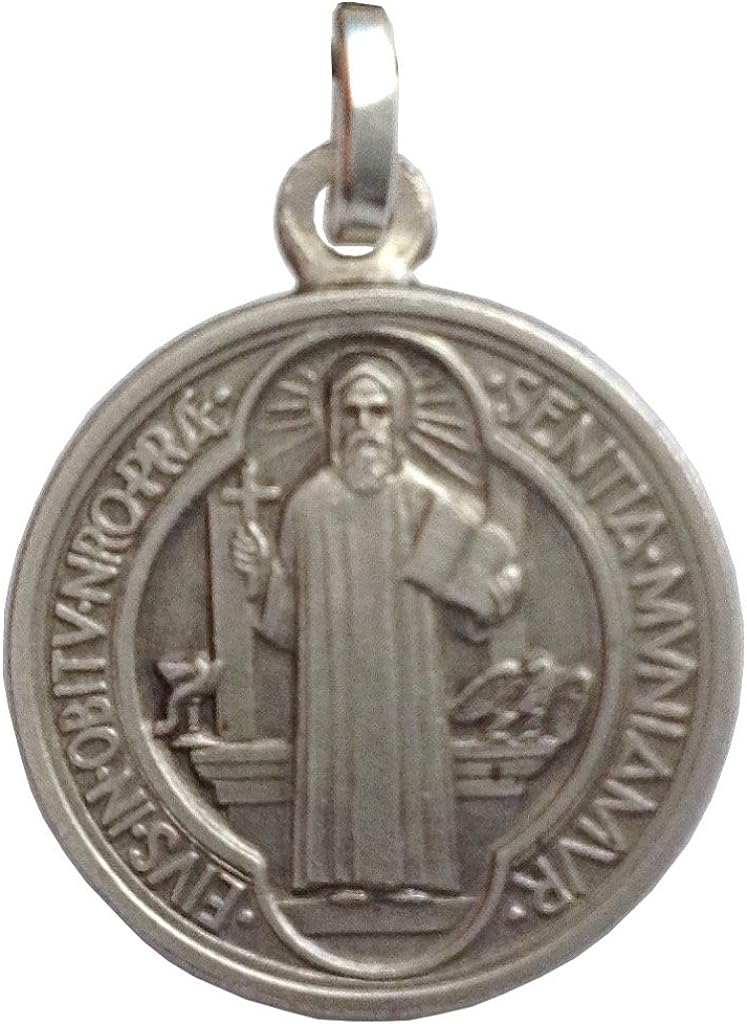 PRAYER OF COMMITMENT TO SAINT BENEDICT

Saint Father Benedict, aid of those who appeal to you, receive me under your protection, defend me from everything is insidious for my life. Obtain the grace that I can heartily repentance and true conversion in order to redress faults, to praise and to glorify God every day of my life. Man complying with Godâs heart remember me in presence of the Most High. Then, once my sins are redeemed, He makes me firmly good, he does not allow me to go away from Him, He receives me in the chorus of the elect with you and with all the saints who followed you to the eternal beatitude. Eternal and omnipotent God, for the merits and the example of Saint Benedict, of his sister, virgin Scholastic and of all saint monks renew your Holy Spirit in myself. Give me force in the fight against the temptations of the devil, patience in the trouble of the life, prudence in the dangers. Increase in myself love for chastity, desire of poverty, ardour in obedience, humble fidelity to the observance of the Christian life. Supported by you and by the charity of the brethren, may I serve you joyfully and reach victorious the celestial house with all the Saints. For Christ Our Gentleman. Amen.

PRAYER OF THE CROSS

(make the sign of the Cross) In the Name of the Father and of the Son and of the Holy Ghost.

The Cross of our holy father Benedict. May the holy cross be my light! May the dragon never be my guide! Begone Satan! Never tempt me with your vanities! What you offer me is evil Drink the poison yourself!.

(make the sign of the Cross) In the Name of the Father and of the Son and of the Holy Ghost.

Dear Jesus, true Son of God and of the Virgin Mary, with your Passion and Death you have set us free from demonâs slavery and through the wonders of the Cross you have glorified your servant Benedict as you granted him a limitless power on the Infernal Powers. Now we are asking you, with the intercession of this Saint, to give us the victory in the assiduous fight not only against the demon, our main enemy, but also against the perverse doctrines and the examples of scandalous life. With obscene speaking and impudent dressing bad people try to damage us in the soul and the body. Saint Benedict, our special patron, pray for us and let us have from Jesus the special graces required by our soul and body.

- Our Father, Hail Mary, Glory be to the Father

Benedict resurrects the son of a farmer

One day, Benito had gone with his brothers to work in the fields. He came to the monastery, carrying on his arms the body of his dead son and was overwhelmed with grief over this loss. He asked Father Benito. When he was told that the Father was with the brothers in the camps, promptly he placed the body of her son who died at the door of the monastery, and mad with pain ran frantically to look for the Father.

Just then the man of God was coming back with the brothers from the fields. As soon as he saw him, the farmer who had lost his son began to shout: "Give me back my son! Give me back my son!". At these cries the man of God, he stopped and asked: "Have I taken away your son?". The farmer replied, "He's dead! Come and raise him!". On hearing those words the Servant of God was greatly grieved and said, "back inside, brothers! Comply these things not up to us, but to the holy apostles. Why do you want to impose on us burdens that we cannot bring?". The farmer, increasingly anxious, continued to plead with him, saying that would not go away until you had not given back his son alive. Then the servant of God asked, "Where?". The man replied: "His body is lying at the door of the monastery".

"p" When the man of God came with his brothers, he knelt and then lay down on the little body of the child, and got up, raised his hands to heaven and said, "Lord, do not look at my sins, but on the faith of this man who asks for the resurrection of his son, and give back to this body the soul that you have taken. " As soon as he had finished praying, the soul, back in the little body of the boy, he began to do everything trembles, under the eyes of those present. Benito handed him alive and in good health, to his father.

ChemTube3D contains interactive 3D chemistry animations and structures, with supporting information, for students studying some of the most important topics in advanced school chemistry and university chemistry courses. Use the menus to explore them.